Seasoned Carnatic music singer from Palakkad, Kerala. Performed in many concerts in India and overseas and has won many awards for the excellence. Believes that “continuous and sustained efforts take a musician closer to perfection, and to God”. Had formal Education in music in Chembai Music College and Madras University. Undergone extensive training under Sangeetha Choodamani Vidwan Late Trichy S Ganeshan, and for a short while under Vidwan Sri. T V Sankaranarayanan. Founder and Principal of Music and Cultural school, “Sadgurukulam”. Author of “Karnataka Sangeetha Sasthrapradarshini”, a reference material for music teachers and students, which was well appreciated by eminent scholars of carnatic music. 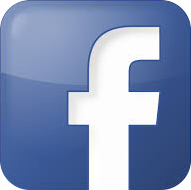