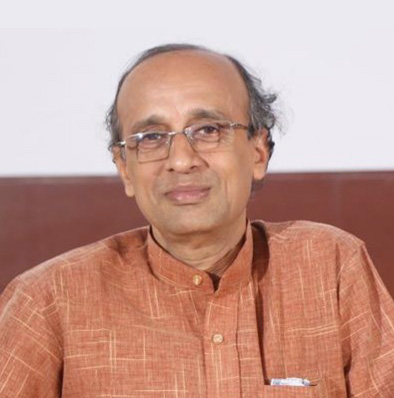 His style of teaching incorporates not only equipping the students to appreciate and explore the subtle and unique aspects of Carnatic Music, but also sensitizing them to the aesthetic aspects of other genres of music too, which paves way for the students to keep their minds and ears open to the profound art of music irrespective of genre. His style of teaching emphasizes more on the aesthetic and emotional aspects of music. He encourages his students to imbibe the essence in the music of other great musicians and to seek what the legends sought, rather than blindly imitating them. 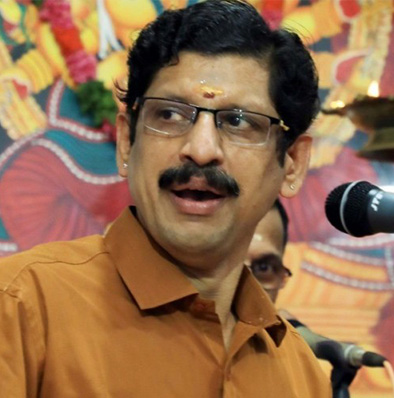 Seasoned Carnatic music singer from Palakkad, Kerala. Performed in many concerts in India and overseas and has won many awards for the excellence. Believes that “continuous and sustained efforts take a musician closer to perfection, and to God”. Had formal Education in music in Chembai Music College and Madras University. Undergone extensive training under Sangeetha Choodamani Vidwan Late Trichy S Ganeshan, and for a short while under Vidwan Sri. T V Sankaranarayanan. Founder and Principal of Music and Cultural school, “Sadgurukulam”.

Author of “Karnataka Sangeetha Sasthrapradarshini”, a reference material for music teachers and students, which was well appreciated by eminent scholars of carnatic music.

Born on May 26, 1970, in a small, but culturally rich village, Vellinezhi, in Palakkad District of Kerala. Hailing from a family of musicians, Dr. Subramaniam had initial training in music under his aunt, Smt.Saraswathi Seshamani and then under Grandfather, Sangeetha Bhooshanam Vidwan Late Vellinezhi Subramania Bhagavathar, for five years. After the initial trainings, joined, and completed successfully, securing first rank, the Ganapraveena Course (7 years duration), from Chembai Sangeetha College, Palakkad. Subsequently, secured Bachelors Degree in Music from the Madras University, and Masters Degree in Music from Mahatma Gandhi University.

A seasoned musician with more than 26 years of experience in Live concerts. Performed at various Sabhas and venues in Kerala, Tamil Nadu and abroad. He has performed with excellence and has enthralled the music loving audiences in cities of India and abroad, with programmes being telecatsted in all leading Television channels of Kerala.

A Teacher with excellent skill to identify and foster the talents of students, which is widely appreciated. Has contributed significantly in the growth and success of many successful students, in the contemporary music field in Kerala. Founded “Sadgurukulam”, a cultural and musical school, for identifying and training the budding talents in music. The school imparts knowledge in Sanskrit and other Indian culture, apart from classical music-vocal and instruments, to young and aspiring students.